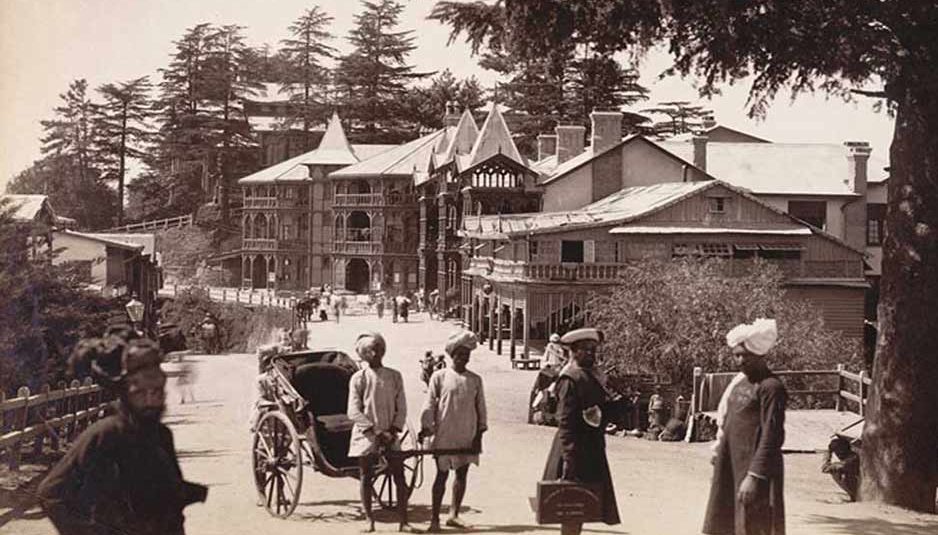 “SHIMLA” which was once a small village … 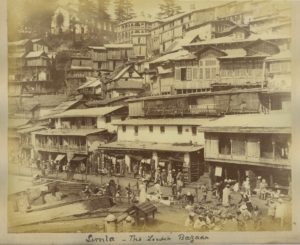 “Shimla” is not only the capital of Himachal but also the pride of India, which is considered to be an important tourist destination not only in the country but also abroad. To know the history of Shimla, some buildings and heritage are still keeping their history alive. Due to this, this time we are going to give you information about one of the historical sites and buildings of Shimla. 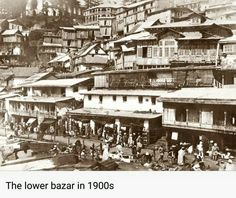 There are many assumptions about the name of Shimla. According to one belief, the name Shimla was derived from Shyamala. Which means blue house. Made by Fakirn Jakhu. According to another belief, Shimla is named after Shyamala who is the second name of Mother Kali Devi. There was a small temple of Mata Kali Devi on Jakhu Hill, which was changed to the existing Kalibari site during the British rule.

Shimla was initially a small village. It is described in the Diary of Lieutenant Paterik and Alexander from 1817 AD. This region was part of the Kyonthal princely state in the early 18th century. The British got connected with this region after the battle of Sikhs and Gorkhas in 1808-1809 AD. The Sikhs had driven the Gorkhas away from the Sutlej valley. Fearing the Gorkhas, the people welcomed the arrival of the

British.The British government sent troops under the leadership of Major General David Akterlony and ordered them to liberate the princely state from the Gorkhas. The chieftains of almost all the princely states joined with the British army and stood against the Gorkhas. The enemy forces at the fort of Ramgarh agreed to fight. A fierce battle ensued near the Malas fort. In which the Gorkhas had to face defeat. The English army captured the fort. The British organized the Gurkha Battalion into their army. Till date the regiment is present in the Indian Army by the name of Mala Rifle. On May 15, 1815, the Gorkhas’ dream of ruling the region ended. The Gorkhas were forced to sign the Treaty of Sanguli in 1814–15 AD. In 1819, Loftinant Rose built a wooden cottage for the British release in Shimla. 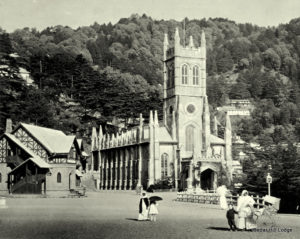 The Charles House was built by Charles Pate Kennedy in 1822 ADCharles Pate Kennedy built the Canadi House on 1822 AD. Lord Combermeier, who was the commander of the British Army in India. He built a three-mile road to Jakhu temple. After that, in 1830, the government made a program for the development of Shimla. Patiala and Kaithal princely state 12 villages Panjar, Sharahan, Kaliyana, Khalini, Debaria, Fagli, Dalhi, Kair, Bamnoi, Pagavag, Dhar, Kanhalug were taken, in return for the pargana of Raven. Canthau, Bangleg, Cheog and Aindari villages were taken from Maharaja Patiala.In return some portion of Bharoli pargana, Dhanoti, Kalavar and Gharol villages were given. By the arrival of Lord William Bentinck in 1832 AD, Shimla had become a great means of summer relief for the British Asuras. Lord Bantik’s meeting was invited to Shimla on behalf of Maharaja Ranjit Singh. 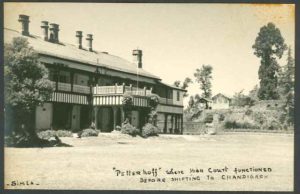 had started getting a new look.

In 1860, a 560 foot long tunnel was built at Sanjouli Bazar in Shimla. Shimla was divided into two parts for municipal works. One part was renamed as Station Ward and the other as Market Ward. There were 400 houses in the station ward, Baluganj, Kaithu, Lakdar market, small and big, big and low market in the market ward.Shimla The secretariat was converted into a new building Garten Castle in 1887 at the Gaiety Theater, 1904 AD. 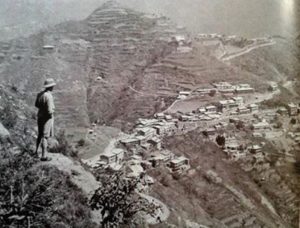 Lord Curzon built the Kalka-Shimla railway line in 1899-1905. The total length of the railway line was 60 miles. There are 103 tunnels in this route. Among them there are large 1143.61 meter long barog tunnels. On November 9, 1903, the first passenger train was introduced.

Shimla Municipal Committee was formed in 1852 AD which was given first class status in 1871 AD. In 1875, octroi was introduced to promote the city.

Shimla is the capital of Himachal Pradesh. The city is a beautiful hill station among the main tourist cities of India. During the British Raj, Shimla used to be the capital of India during the summer days. The region of Shimla is surrounded by high peaks on the dense forests of the Central Himachal Mountains. These include Jakhu Hill 8050 ft, Prospect Hill 7140 ft, Summer Hill 6900 ft, Abjervatory Hill 7050 ft, 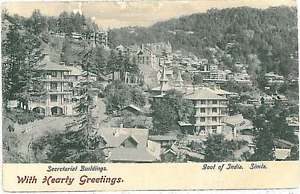 Buses and small trains run from Kalka to Shimla. The train reaches Shimla crossing mountainous tunnels, ravines and beautiful natural scenery. Apart from buses and railway stations, there is also air service. Air services are available from Delhi to Shimla, Chandigarh and Bhuntar. 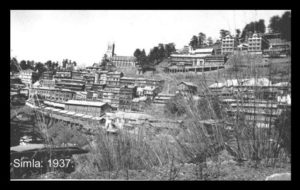 The airport of Shimla is located at Jubbarahatti, 20 km from Shimla. Shimla has a pleasant summer season. Usually heavily dressed. The weather is very cold from December to March. Tourists come in winter to enjoy snowfall, skating and winter sports. The languages of the rural people are Hindi, Punjabi, Pahari, English and Urdu. There are a large number of hotels for tourists to stay. Apart from these there are Dharamshalas and Gurdwaras. Famous settlements at that time were Sanjauli, Chhota Shimla, Lakkad Bazar, Lower Bazaar, US Club, Khalini, Jakhu, Kaithu, Boval Ganj, Chakkar, Tutu, Dhali, Fagli, Longwood and Tutikandi. 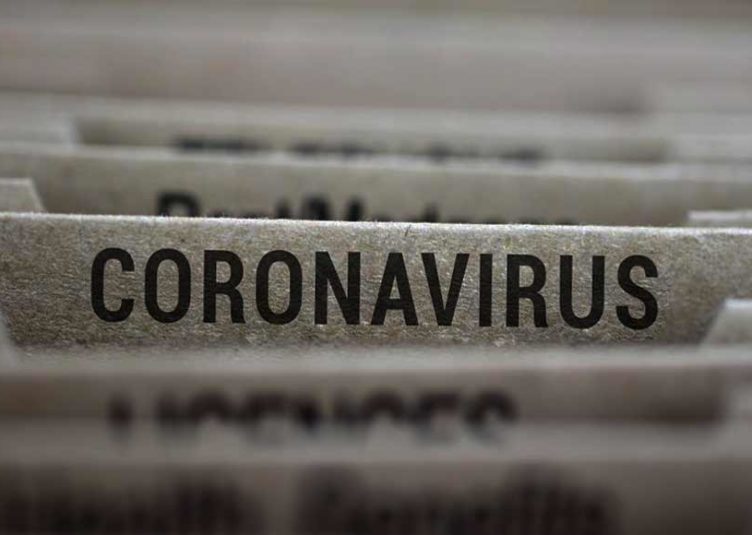 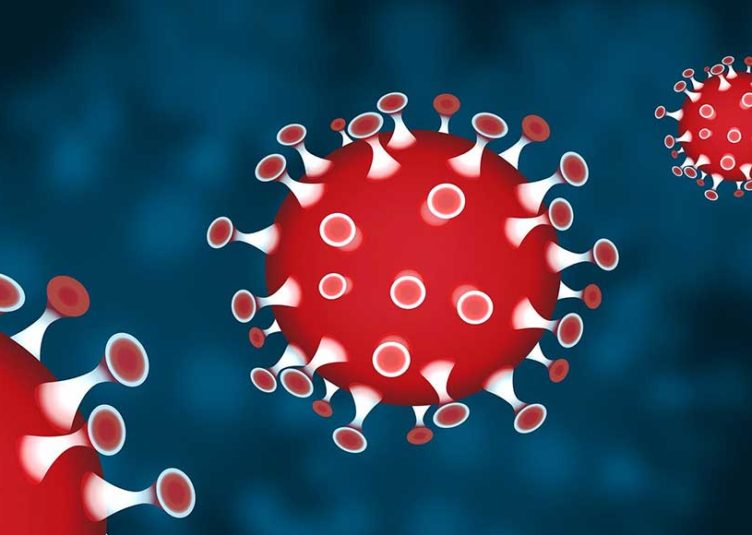 Update on Covid-19 in Himachal Pradesh... 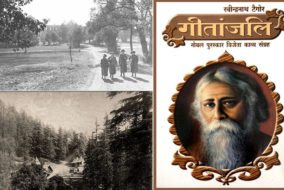