Shimla : The State Cabinet in its meeting held here today under the Chairmanship of Chief Minister Jai Ram Thakur gave its approval to fill up 819 posts of various categories in Elementary Education Department which include 532 JBT, 35 Language Teachers, 133 Shastries, 104 TGT(Arts), 8 TGT (Non Medical) and 7 TGT (Medical) on contract basis to ensure availability of teachers in educational institutions to facilitate the students.

The Cabinet accorded its approval for amendment in policy for collection and removal of Chil Pine Needles from forest areas in order to reduce fire hazards by encouraging stakeholders to work for removal of chil pine and encourage the industries to use chil pine needles as a fuel.

It gave its consent for  a pilot project for modification in working of State Reservoirs with an objective to bring uniformity in the prices of fish within a reservoir, make fish of the State reservoirs a brand and to increase income and socio economic status of fishing community. The plilot project will be implemented  for Govind Sagar.

The Cabinet gave its approval to declare Baisakhi Nalwar Mela Jhanduta and Nalwar Mela Sunhani in Bilaspur district as District level Fair for promote rich culture and tradition of the district. 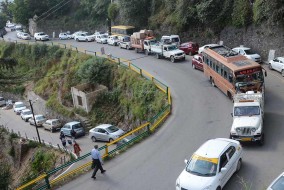